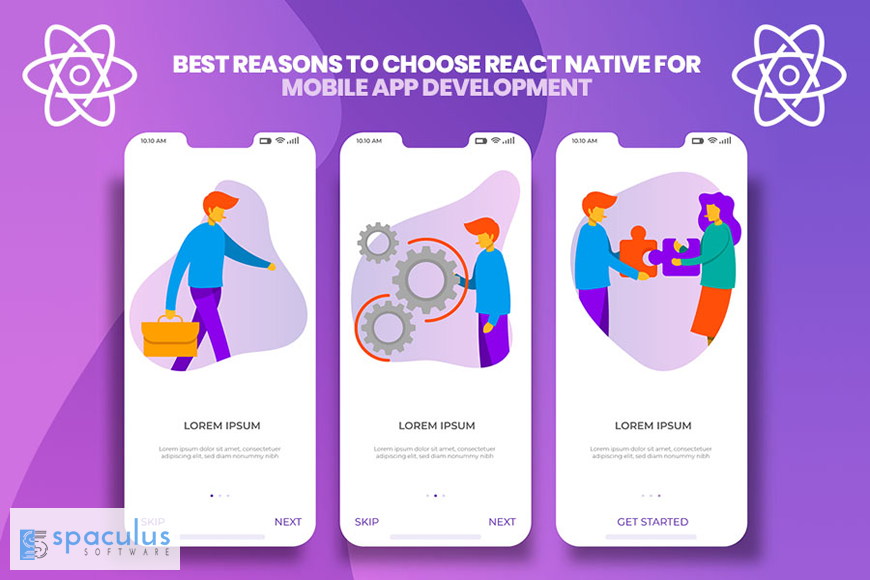 There are a plethora of frameworks in the market that grants the developers with the power of exceptionally unique features. Features that involves high performance, native feels, library support and many other things. React Native is one such framework that has everything essentially.

Reactive Native is a well-known framework for cross-platform mobile app development that has been duly developed by Facebook. The framework is so reliable that it has been used in some very famous apps like Skype, Instagram, UberEats, Walmart, Soundcloud Pulse, Airbnb etc

Thus, it is secure to assume that this framework is not only reliable but one of the best ones for Mobile App Development. To support this statement, here are the top 10 reasons that would provide you with the right reasons to use this app.

If you want to get maximum output with the minimum result, then react-native is the one for you. A standout among the hugest and evident focal points, this framework tends to save a lot of time for the developers that are using it. The user doesn’t have to create two different applications for Android and iOS. This implies that the user doesn’t need to learn and execute two dialects. They won’t have to construct the application in a fraction of time since it has to finish one rather than two.

Not only this, but the framework is cost-effective too. When you start a business, one of the most critical factors to look into is the cost. Every company wishes to achieve fast returns to survive in this tech-savvy world. Thus, react is one such framework that helps in the completion of this task.

2. Single codebase for Android and iOS 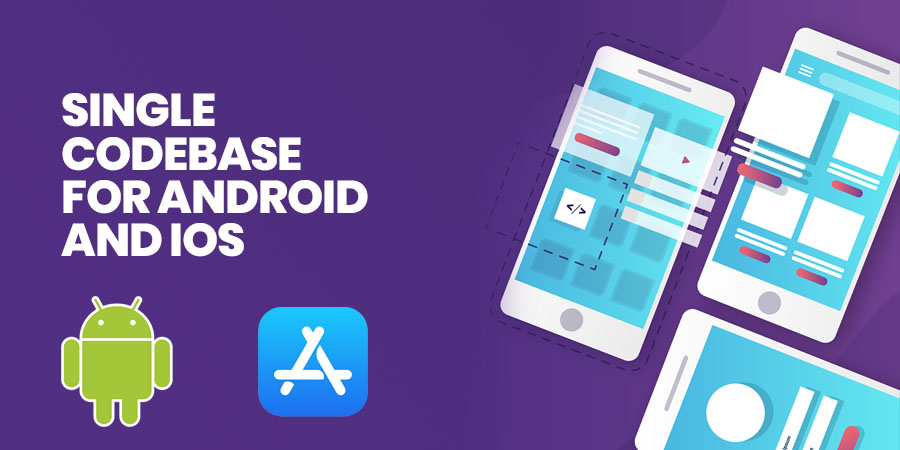 Mobile app development involves many technologies as well as a support system. React Native is one among such frameworks. This implies that one code base can be deployed to multiple mobile operating system. Elements can be used at any level into existing code without actually writing for it again. React is an open-source framework that is compatible with different platforms, and are accessible to large communities of developers. It enables the writing of native modules that utilizes a very comparable language, and it then links to react-native code-based. Both iOS and Android are two different platforms and development of native apps of two diverse platforms. What makes it stand ahead from any other framework is the fact that its ability to launch a mobile application faster by being compatible with both Android and iOS. Thus, it safe to say; this framework is not only reliable in terms of others in the market, but it is one of the most sorts after too.

React Native focus entirely on mobile UI building and the easy compilation of multiple frameworks. It helps in presenting react native as a javascript library rather than a framework. In other words, it provides the user with a way that smoothly makes UI work to give high and quick responsive outcomes.

A designed mobile app is smooth and is loaded faster than a classical hybrid. As when javascript interacts asynchronously with the native ecosystem, UI is fluid, and thus it becomes responsive. Therefore, the user can build any mobile app with the help of this framework without any hassle.

There are times when an app owner wishes to add more features to their app once they release it on the App Store or the Apple Store. Thus, for the accomplishment of this process, the app requires that it should go through the build process. It then has to upload the updated version of the app in the store. This process becomes long as Google approves the app that has been installed by the user manually after some time. But with the help of react-native, the user doesn’t need to worry about it. All thanks to a plugin like code push, the new update gets automatically installed during the run time, and the change can be witnessed without complete re-launch of the app. Thus, Hire Android Developer or iOS developers that are aware of this feature in react.

This suggests that it is reasonable to construct an app for two platforms at once. Platforms like iOS and Android are the ones that are easily cross platformed. As the framework was introduced to the audience by the Facebook team, it has to be reliable and trustworthy. This feature helps the developers a lot as they do not require to write codes while they are getting platform-specific.

The platform module identifies the operating system that the app is running on and thus spontaneously it picks up the correct file, creating a single codebase for different platforms simultaneously.

The developers tend to get fast code to reload. It is as quick and as refreshing as it is before. With the help of pure native development, the user can recompile after the code changes.

The framework is cooperative with third-party plugins and react-native tools that tends to provide a smoother run time. With the help of well-diversified module, the third party involvement is made much more accessible. Without the usage of Webview, the user can easily connect to the plugin to the native module. This phase is directly linked to app outcomes features that allow the other apps to give a faster response. The reactive Native for iOS and Android App Development tends to use less memory space, and thus no cross-bridge linking is needed, and therefore most of the codes are used during run time.

8. One of the leading frameworks 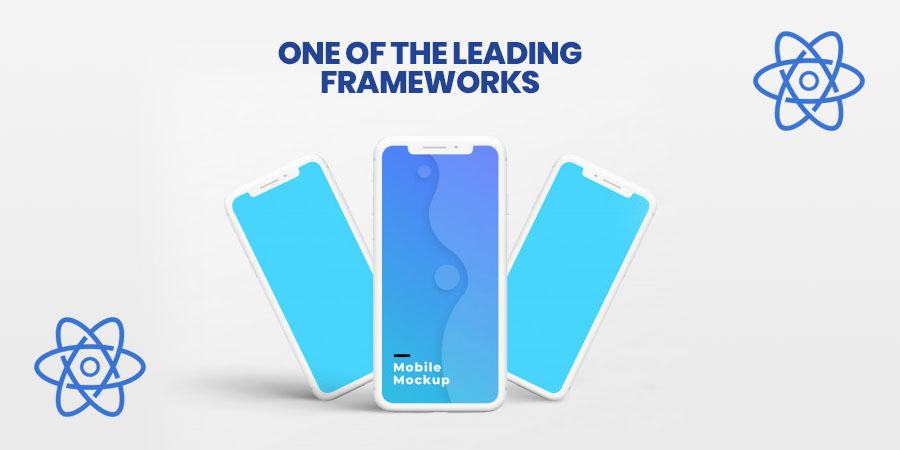 The popularity of this framework is shockingly growing. There is no necessity for the experts to utilise Java, swift or any other language for Android and iOS, respectively. One of the most significant advantages – the user doesn’t need to hire a whole team of developers. A javascript expert with expertise in native UI elements, a design pattern for hybrid mobile development and API’s would be enough for the construction of any app.

This framework has strong support and has a constant promotion by a massive community of developers. If there are any issues with the app, then the JS and native enthusiast helps in fixing them quickly. Not only this, but they help in sharing unique development skills and instruments.

React framework is a complete original and authentic software foundation for an app that doesn’t want to cost much and reduces the time too. To minimize the cost, the user must take an approach of reusability either with the help of an online tool or with the help of React native mobile app development. There is a massive glut of reusable libraries to react-native that is added to the community.

React native is one of the most immeasurable frameworks if any user is starting a new mobile app from scratch. The hybrid app tends to leverage any devices internal programming system through an overlay that tends to help, and enable seamless synchronization with the help of many other compatible apps. This not only reduces the integration issue for the developers out there but in return the hybrid app works well with the device native applications such as camera, messaging, GPS and many other things that ensures a smooth user experience.

10. Huge support from the community

React Native was released as an open-source on Github in the year 2015. And it won’t be incorrect if we assume that it is one of the most popular frameworks on stack overflow that is backed by a vast community. With a whopping rating of 68k stars on Github and 14.5k user subreddit, 9000 user discord chat and powerful support on the stack overflow that is the reason why it has more third party plugins/ libraries than any other frameworks. The team of professionals and a bunch of experts would help the user with all the issues and problems that they would encounter.

As you can see that react native is a progressive technology that tends to address the needs of modern app development. React native tends to save a lot of time as it requires less effort in terms of growth and scaling in a project. App developed using this framework work persistently, fast and tended to load quickly with less memory needed. Yes! It is a robust framework that requires nothing but the right development technology methods.

Author Bio: I’m Robert Adixon, Sr. Software & Mobile App Developer. In my free time I write technical articles based on technology and mobile App to share my deep insights about these technologies with the developer community.

Dana is a technological content writer who is constantly connected with software and technological updates. She writes about everything that inspires her. Other than being a tech enthusiast, she is an outgoing person who loves to explore different cuisines.

Why Appointment Scheduling Software Is Important For Every Business?

Why Appointment Scheduling Software Is Important For Every Business?

Bringing Revolution In Health-care: Here Is How Internet of Things Is Making a Difference

We are looking for passionate industry experts to contribute thought leadership blogs.

Start your project with Spaculus today!

Live chat with us