Android Q Beta Launch: List Of features And Updates You Should Know

Google has just released Android Q Beta early this month and finally eased our anticipation by breaking the suspense. It is time to learn what new Android OS will look like, its overall features and tweaks. Android developers are all agog as they get to test the new version and contribute suggestions on further improvements. Google is yet to officially announce the final Beta build of the Android version at Google I/O 2019 event, but it is available for users to test on Pixel smartphones.

For third-party models (Xiaomi, Nokia, Oppo, Nokia, Samsung and Vivo), Android 10 is likely to be available by the Q4. While people are still anxiously waiting for the mature Android 10 to hit the market, we decided to glance at a few exciting features of Android 10.0 beta build.

As Samsung launched its all-new Foldable device Galaxy F, Google thought of presenting Android Q that effortlessly supports Foldable displays without exhausting much of battery life. The innovative solution of Android Q lets users make the most out of the way mobile apps appear on the large-screen, resulting in vivid experience.

Multi-Resume feature is another remarkable upgrade in Android Q which enhances the existing features that users usually recognize as ‘Split Screen’ and ‘Picture in Picture’ mode. Under Multi-resume features, users will still use all the split apps in active mode unlike earlier when apps in the background remain inactive while interacting with an opened app.

In a way, the feature enables multitasking for tech-savvy generation who wish to see multiple apps running simultaneously, regardless of their interaction with the other app screens. Since the world is presumably fond of multitasking now, the feature is expected to support foldable as well as present-generation smartphones.

Android Q beta has also improved and revamped its old app permission settings, giving users much control over what they choose to share with downloaded apps. Android Q users will now have an opportunity to limit how much access the apps have to their device’s native features such as location, camera, gallery, microphone access, etc.

The runtime permissions will require apps to have clear permission from users if they have to track your location in the background. This way you can have total power to control the data an app collects.

You can also change permission setting for each application and customize the settings of whether or not to provide access ‘all the time’ or ‘once’ or ‘only when the app is running.’

Android Q also comes with a brilliant proactive feature of informing users of older apps. It warns and alerts users that installing an app based on previous version won’t let them enjoy the latest features on the smartphone. With such warning sign, users cease to install an application that won’t work on or support the latest Android OS and rather give inconsistent experience.

Android Q has injected this incredible dynamic depth photo feature that supports a new file format for third-party apps. The dynamic depth effects include a file format that has attributes like JPEG, depth-centric XMP metadata and related map. Due to additional details contained within the format, users will experience special blur and bokeh effects in photos. Google is planning to make the format open and features accessible across different Android devices. In future we may see 3D images and AR effects.

Android Q users will also be able to indulge in Dark mode, an exciting addition to its new set of features. The Dark mode is meant to cut down the battery consumption in running devices by means of OLED screens. Improved battery life thus allows users to pull off more hours of productivity with their Android device.

This feature is the epitome of thrill since it adds native screen recording experience to user’s digital interactions. After asking for your permission the first time, it then enables multiple controls in notification shade while recording the screen. Users can even give voiceover that perfectly accompanies the video clip.

Desktop accessibility is an Android Q feature that has created as much wave in the digital market as the version itself. The desktop mode of Android Q allows users switch directly to desktop view once they connect the device to an external monitor. What you see in desktop is the blown up interface of what mobile screen shows.

You enjoy multi-windows and ability to move apps around as you wish. At the bottom lies navigation bar, with status bar dwelling at the top. Still, Android developers believe the Android Q desktop may not be as pretty as Samsung Dex. But considering it is a first Beta version, it is fairly sufficient and has scope of future overhaul.

Notification setting is also getting a tweak in Android Q where users will perform an action to control notification status. Incoming notifications remain in place till users decide to either slide right to dismiss them or shift left to follow the icons.

However, the choice of action remains active only for a few initial seconds. Also, next to the notification will be the icon of an app accessing your native device feature in the upcoming Android Q. This novel update actually saves you a lot of efforts in terms of setting and knowing the device’s accessibility to the app.

This is another beauty of Android Q where users will have simplified sharing procedure between apps. With Sharing Shortcuts, users will be able to directly switch from one app to another application for sharing images, videos or any other content.

Android Q beta also shows emphasis on two new smart locks. The first type of digital lock allows users to protract unlock time of the Android device in its unlocked status. The second type lock is provided to improve privacy and security of the device that is no longer trusted.

These are just a few good highlights of Google’s new, advanced Android Q version. Android enthusiasts are sure to receive more exciting and innovative features in the upcoming Android 10.0 version. From what we saw and heard of its release, it is evident that the war between Android vs iOS will take new shape, touching a new level in the mobile technology market. By the end of this year, Android Q is most likely to be accessible to Android users. But if you are curious to check the features at the moment, your Google Pixel will come handy.

How to custom-build a perfect real-time enterprise chat app like WhatsApp? 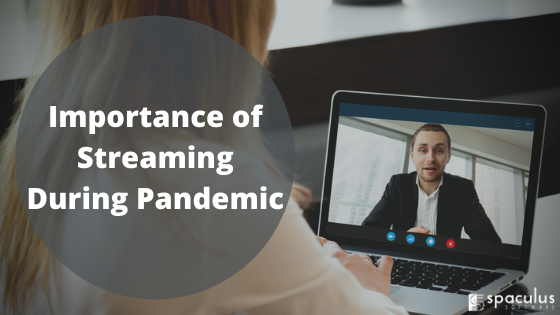 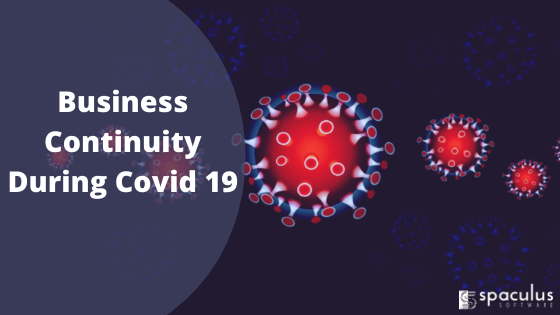 How Spaculus Software Can Help Businesses During Covid-19 Crisis

How to custom-build a perfect real-time enterprise chat app like WhatsApp?

How Spaculus Software Can Help Businesses During Covid-19 Crisis

We are looking for passionate industry experts to contribute thought leadership blogs.

Start your project with Spaculus today!

Live chat with us